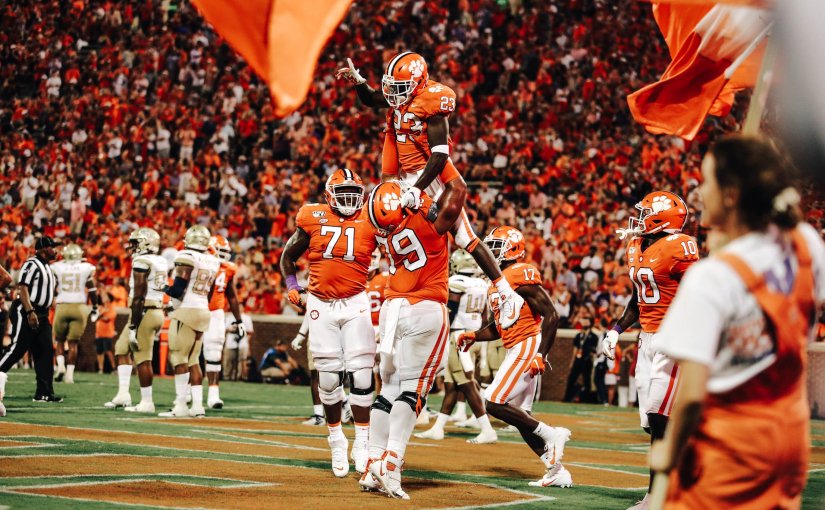 After each week of the college football season, a fresh set of rankings drop, highlighting the Top 25 teams in the nation. There are two major polls used in the college football, the AP Poll voted on by members of the media, and the Coaches Poll voted on by, well you can probably figure that one out. In October, the College Football Playoff rankings join the other two and take over as the base rankings for the rest of the season.

With the college football season underway and the first week of game complete, a new set of national polls have been released, ranking the Top 25 teams in the country. Let’s see how the teams stack up after Week 1.

Auburn and Oregon are the biggest movers after their thriller in Dallas on Saturday night. Auburn jumps into the Top 10 after their last second victory while the Ducks slide down to #16. Iowa State and Florida both fall even with victories. Boise State joins the rankings with their come from behind victory over Florida State. Clemson and Alabama hold onto the top two spots, picking up all 62 first place between themselves.

Less movement in the Coaches Poll compared to the AP with Auburn being the biggest gainer and Oregon the biggest slider. Boise State and Nebraska make their first appearance in the coaches poll with victories. Iowa State and Northwestern both fell out of the Top 25 after Week 1.

Let’s take a quick peek at who the Top 25 teams will be playing in Week 2.

Nearly all of the AP Top 25 teams are in action this weekend, with No. 25 Iowa State being the only outlier. There will be two games featuring Top 25 teams squaring off with No. 1 Clemson hosting No. 12 Texas A&M and No. 6 LSU heading to Austin to take on No. 9 Texas.