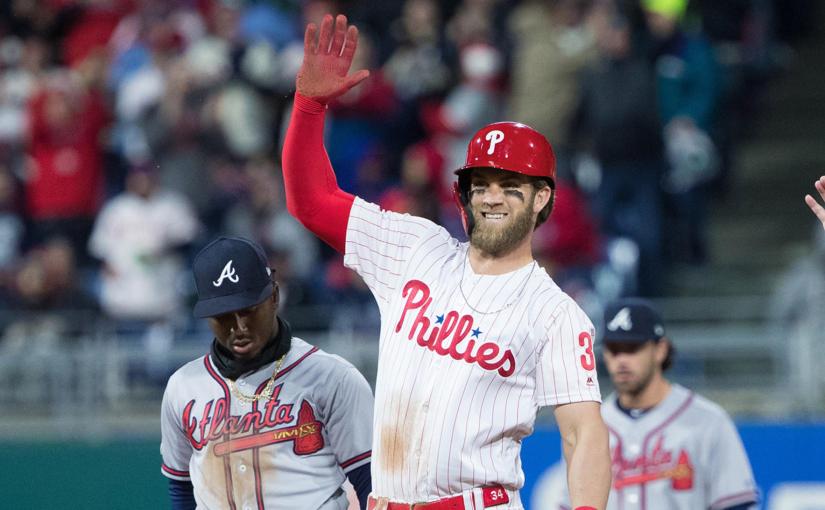 The Phillies faced the Nationals in D.C. tonight, the first time Bryce Harper has played there as an enemy. Harper was greeted with boos and struck out in his first two ABs.

Lest anyone think the crowd of angry Nats fans was getting to him, Harper doubled in the 5th and singled in the 6th.

But he saved the best for his last AB in which he hit a 458-foot, second-deck home run and gave us the first truly great bat flip of the 2019 season.