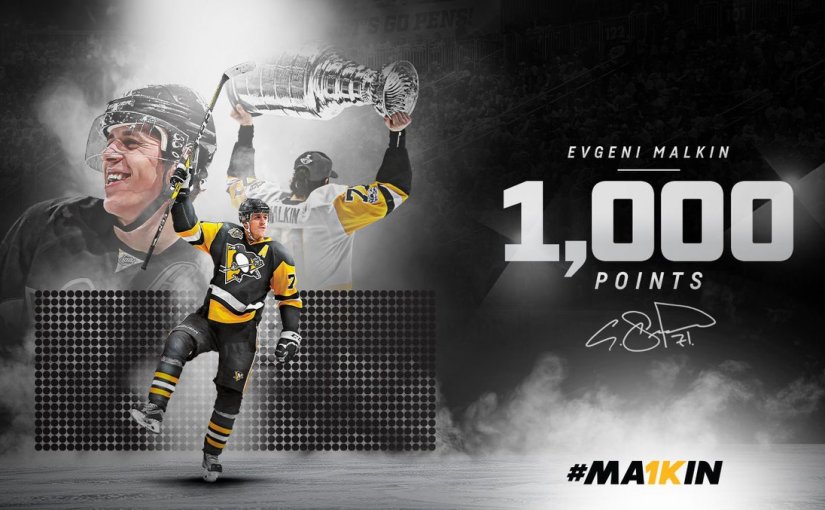 On Tuesday night, the Pittsburgh Penguins defeated the much hated Washington Capitals 5-3 in a spirited affair between two teams jockeying for playoff positioning. For the most part, it was your run of the mill Penguins/Capitals game, filled with big plays by big names and resident trash boy Tom Wilson doing what he does.

Midway through the game, the Capitals found themselves leading 2-0 and controlling the game for the most part. Just 1:48 of gametime later, it was the Penguins who found themselves in front following a flurry of goals. Jake Guentzel scored the first followed by Sidney Crosby scoring a pair within 61 seconds of another. With an assist on the second Crosby goal, fellow Penguins superstar Evgeni Malkin reached 999 points for his NHL career.

In the third and final period of play, the Penguins scored a fourth goal to double their lead late in the game. This time is was Phil Kessel cashing in on the power play but the bigger news was who got one of the assists. It was once again Evgeni Malkin showing up on the scoresheet, meaning, the Russian reached the 1,000 career point plateau in his illustrious NHL career.

By reaching the mark, Malkin becomes just the fourth Penguins player all-time to hit 1,000 career points. He falls in behind Mario Lemieux, teammate Sidney Crosby, and Jaromir Jagr. All three of those names before him are either in the Hockey Hall of Fame or on their way there in the future. Malkin is sure to join them in Toronto as well.

If you’re a fan of Pittsburgh Penguins, you know how much Malkin has meant to this city and this franchise. If you’re not a fan of the Penguins, you still have to respect what he’s done since breaking into the league back in 2006.

Listing Malkin’s career accomplishments put into perspective how great of a player he has been:

He’s an icon in Pittsburgh and one of the best players to get play the game of hockey. The best part about all of this is, he’s not done yet. This has been a up and down season for Malkin, at time straight up frustrating, but he’s fought through the struggles and looks to be finding his game at the most important time for the Penguins. Let’s hope he can add a few more bullet points to that list before he hangs up the skates for good.