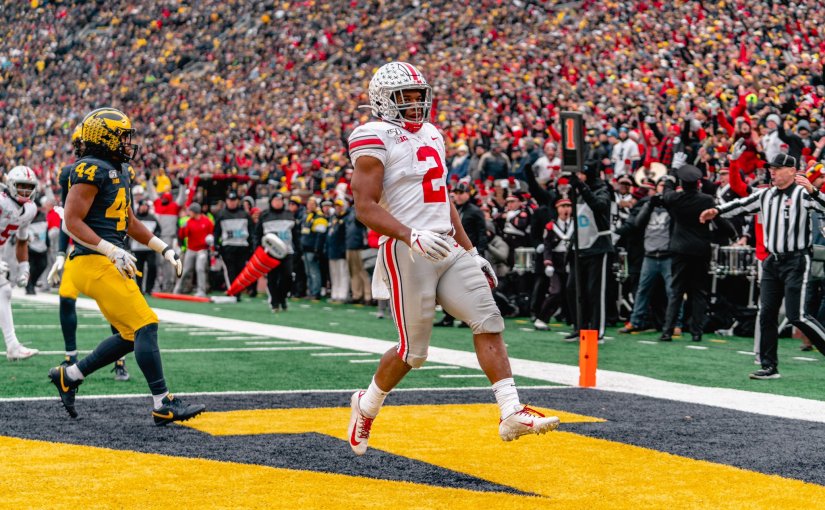 A little late on this week’s college football rankings check and little hastily put together. We have arrived at championship week which will determine the four sides that will qualify for the College Football Playoff. It’s a pretty clear path for all four team sitting in playoff positioning after Week 14, but there is still business to be taken care of before the final rankings are released Sunday.

It all comes this, seven teams vying for four spots with two likely already wrapped up. Ohio State and Louisiana State will both participate in their respective conference title games, but already have built a strong enough resume to safely make the field even with a loss.

That leaves two spots up for grabs, currently occupied by defending national champion Clemson and second SEC Championship participant Georgia. For both sides the road is simple, win and they will be in playoff. A loss by either side will put a serious dent in their hopes of making the playoff if not eliminating them altogether.

Should either Clemson or Georgia slip up, Utah and Oklahoma or Baylor will be waiting in the wings to take advantage. Most believe Clemson will easily defeat Virginia to claim the ACC title and a playoff spot, meaning only that No. 4 spot could be up for grabs. Right now Utah sits in prime position to make the leap, provided they defeat Oregon on Friday night. Even if the Utes do win, they will have to do so impressively or risk being vaulted by a potential Big 12 champion Oklahoma.

Let’s take a quick peek at who the Top 25 teams will be playing in Week 15.

Note: Team rankings are based on the College Football Playoff standings.

Championship Week action all begins on Friday night in Santa Clara where No. 5 Utah will take on No. 13 Oregon in the PAC-12 title game. Once again, Utah sits in the best position to jump into playoff positioning with a victory.

Action will continue on Saturday with games taking place all day, starting at noon with the Big 12 title game in Dallas between Baylor and Oklahoma. Late afternoon brings an American Conference showdown between Memphis and Cincinnati where the winner with a Cotton Bowl berth on the line. Over in the SEC, No. 2 LSU takes on No. 4 Georgia in a game that could decide the entire playoff field depending on the outcome.

Wrapping up the action on Saturday, No. 1 Ohio State will take on No. 8 Wisconsin in a rematch from earlier in the season where the Buckeyes trounced the Badgers by 31 in Columbus. A victory for Ohio State will cement their spot in the playoff and likely the No. 1 overall seed, while Wisconsin is playing for a spot in the Rose Bowl.