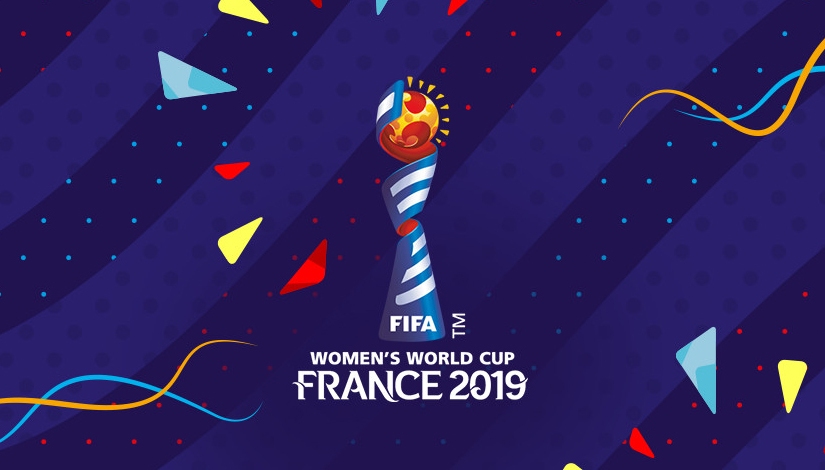 Now that everyone had the opportunity to digest the entirety of the Women’s World Cup tournament since its Final on Sunday, let’s take a quick look back at recap all of the happenings from France.

Host nation France won all three matches as expected to take the top spot in Group A. Following behind was Norway who showed why they were a popular dark horse pick before the tournament. Nigeria was able grab a single victory and a spot in the Round of 16 while South Korea fell flat, dropping all three matches.

Germany cruised to an easy group victory, winning all three matches with conviction on their end. Spain made history, winning their first ever Women’s World Cup match against South Africa and qualifying for the knockout rounds. China also bagged a win but had to settle for advancing as a third place side. South Africa made a lot of history in their maiden Women’s World Cup but could not advance.

Italy was back in the Women’s World Cup for the first time in 20 years and made it a memorable return by winning a difficult Group C. Australia lived up to their pre-tournament promise with a second place finish while Brazil slid into third place. Jamaica was making their World Cup debut but still go home with some history after scoring their first ever goal against Australia.

It took until the third group match, but England was able to best Japan for the top spot in Group C. Argentina only knew struggles at the Women’s World Cup, but they overcame all their past history to record their first ever points at the tournament. Scotland were on the brink of advancing in their first ever Women’s World Cup, but they had to settle for just a point.

Popular dark horse pick the Netherlands made an early statement by claiming Group E in only their second ever Women’s World Cup. Longtime stalwart Canada advanced comfortably in second place after two group wins. Cameroon left it late but advanced to the Round of 16 as a third place finisher. New Zealand held its own, but could not muster enough to climb out of last place.

Unless Sweden had some tricks up its sleeve, this group was always going to belong to the United States. That’s exactly how things played out as the United States won all three group matches and easily advanced to the knockouts. They were joined there by Sweden in second place. Chile did manage to win their final group match but fell just short of a third place advancement. Thailand had to settle for last but left France with a lot to build on.

Once the group stage finished, it was on to the knockout rounds at the 2019 FIFA Women’s World Cup in France. 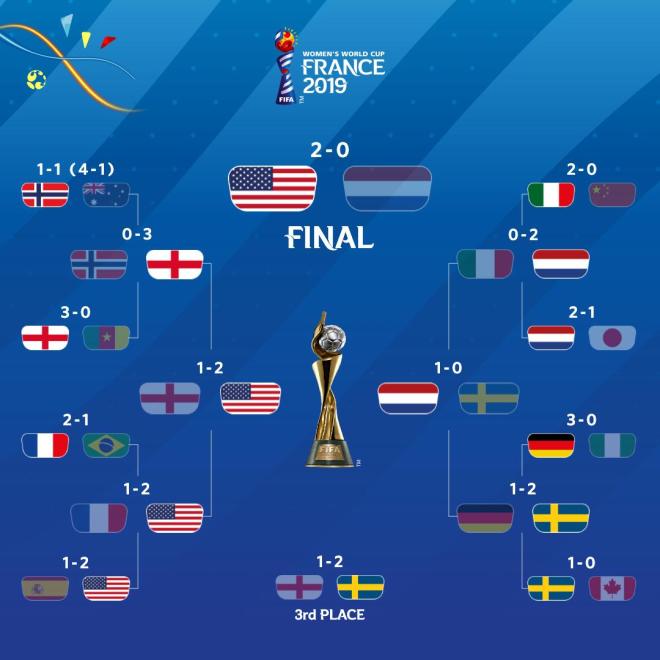 Once the Round of 16 field was set, it started to become clear which sides had the best shot at winning the trophy in Lyon. There were no major upsets through the Round of 16, but the quarterfinals were a different story.

For the first time in over two decades, Sweden was able to defeat Germany in a major tournament and book a spot in the semifinals. This was not the strongest team in Germany history, but it was a watershed moment for Sweden who came up short so many times before. The quarterfinals also gave us the much anticipated matchup between the United States and France, a match many considered to be the de facto Final.

In the semifinal round, it was the United States doing just enough to prevail over longtime rival England and advance to the Women’s World Cup Final for a third straight tournament. In the other match, the Netherlands fully announced its arrival on the international stage with a victory over Sweden to book a spot in their first ever Women’s World Cup Final.

They do play a mostly needless third place match in the Women’s World Cup, and it was Sweden using two early goals to defeat England and claim the bronze medal.

As for the Final itself, keep reading below to find out how that match played out between the United States and the Netherlands.

It wasn’t always the prettiest soccer, but the United States capped off another dominating tournament with probably their best performance of the knockout rounds to defeat the Netherlands and complete the successful defense of their title from four years ago. 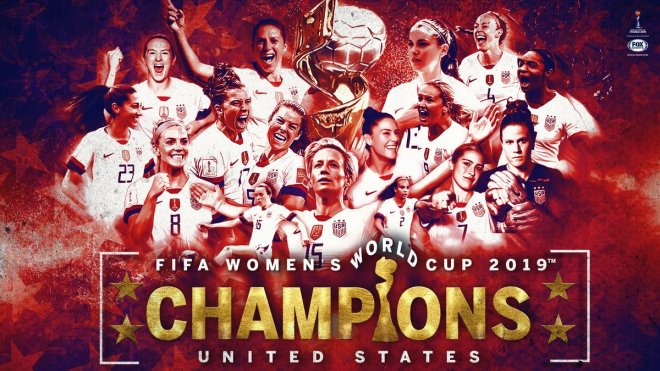 It was clear from the very beginning that the United States was the superior of the two sides on the pitch in Lyon, but Dutch goalkeeper Sari van Veenendaal played the game of her life in the first half to keep the match scoreless at halftime, giving her side hope of a second half breakthrough.

That breakthrough never arrived for the Netherlands, but it did arrive for the United States after nearly 60 minutes of constant pressure on the Dutch defense. It wouldn’t have been a true final if VAR had not been involved, and it made its impact in the second half, awarding a penalty kick to the United States after a dangerous tackle in the box. Megan Rapinoe stepped to the spot and dispatched the ball into the back of the net with ease to send the United States in front 1-0 in the 61st minute.

Eight minutes later, the United States effectively put the game away when they doubled their lead in the 69th minute. Rose Lavelle took a pass in the middle of the pitch then did the rest of the work herself to get open and hammer a shot past van Veenendaal to make it 2-0 with 20 minutes remaining.

There was nothing the Dutch could do claw their way back into the game at this point as everything they did to push forward was met with heavy resistance from the American defense. In fact, it was the United States still creating offensive pressure as the Dutch had to further open themselves up to attack.

There would be no further scoring for the United States, but in the end it didn’t matter as they closed at the victory and staked claim as the greatest women’s soccer team to ever exist.

See how the @USWNT got their 4th star in our 90’ in 90” highlights. #BelieveWithUS pic.twitter.com/gXEOwA75zE

Here’s the list of winners of the overall tournament awards handed out on Sunday. 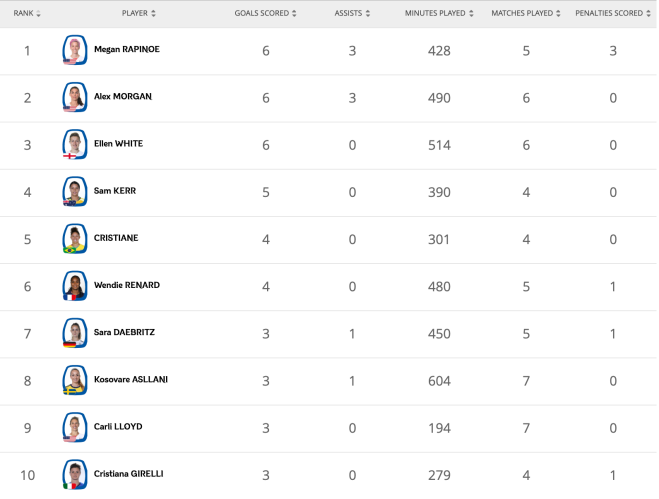 Megan Rapinoe scores the game winner on Sunday and jumps from third to first and wins the Golden Ball on tiebreakers over teammate Alex Morgan and Ellen White of England. Morgan takes home the Silver Ball and White gets the Bronze.

Overall, eight different nations were represented in the final Top-10 and 83 different players recorded at least one goal at the 2019 FIFA Women’s World Cup.

That officially puts a cap on our 2019 FIFA Women’s World Cup coverage. We genuinely enjoyed our coverage of the tournament from start to finish, and we hope you keep checking back for more content covering a variety of different topics and interests.

With football right around the corner, you can expect a lot more great coverage coming from everyone here at The Bat Flip. As for our precap/cupdate series, we have the Men’s European Championships and the Summer Olympics on tap next year, so keep an eye out for that feature returning in the future.