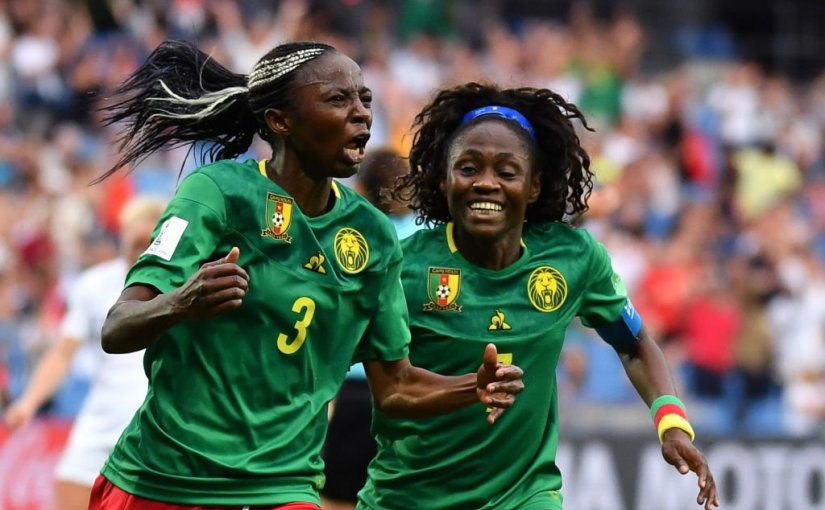 What a fantastic way to wrap up group stage action at the 2019 FIFA Women’s World Cup with games being decided in the last minutes of action to determine who moves on and who goes home. Cameroon needed an injury time winner to beat New Zealand and advance as a third place team. On the flip side, Chile recorded its first ever Women’s World Cup victory but missed out on the Round of 16 because of a missed penalty in the final moments.

In the group deciding matches from Thursday, the Netherlands scored a pair in the second half to claim victory over Canada and take the top spot in Group E. In Group F, the United States got the best of Sweden to wrap up a perfect group slate and win their group for a record tying seventh time.

It looked like Cameroon was going miss out on a chance to advance to the Round of 16 after an own goal in the 80th minute brought New Zealand level, but they never stopped fighting, and on the final kick of the game Ajara Nchout made a dazzling play to get away from the defender and score her second goal of the match to put Cameroon into the Round of 16.

Cameroon were the better team for most of the match and took the lead for the first time in the 57th minute, but the own goal brought the game back even and it looked like Cameroon was going to crash out of the Women’s World Cup. That was until Nchout made her presence felt once again and called match with a stunning solo goal.

With the victory, Cameroon grabbed a third place spot in Group E and will have a few days off to rest before taking on Group D winner England. For New Zealand, they are eliminated, leaving France with no point and their only goal for coming off an own goal.

An 80th-minute own goal had Cameroon staring at elimination.

In the first of the two group deciding matches of the day, the Netherlands and Canada went head-to-head to determine who would come out on top of Group E. It was all even through the first half of play, but the Netherlands were able to break through with a pair of goals in the second half to defeat Canada 2-1 and win the group.

Anouk Dekker put the Dutch on top in the 54th minute, but her opening strike was answered just four minutes later when Christine Sinclair scored her 182nd career international goal to give her side a chance at victory. Dutch substitute Lineth Beerensteyn put the Netherlands ahead for good five minutes after coming on.

For the United States, its first two matches of group stage play were simply tune ups for what was considered to be their real first test in Sweden. A friendly rivalry has developed over the year between the two sides, and this time it was the Americans taking home the victory and exacting some revenge for their 2016 Summer Olympics encounter.

The United States wasted no time getting on the board, scoring in just the third minute of action. Off a corner from Megan Rapinoe, Sam Mewis was able to deflect the ball towards goal where Lindsey Horan was in position to poke it home. Sweden had some chances on goal but they were few and far between the quality was lacking. Eventually, the United States put the game away early in the second half when a Tobin Heath shot deflected off Sweden defender Jonna Andersson and past the keeper for an own goal.

If Sweden was supposed to be a test for the United States then it’s safe to say they passed with flying colors. They were the more dominant team all match long and deserved the result. The Group F title goes to the United States, giving them a record tying seven overall group wins. They will face Spain in the Round of 16. Sweden slides safely into second place with a date against Canada in the next round.

The @USWNT cruise past Sweden to finish the group stage without allowing a goal.

Watch the full game highlights with our 90′ in 90″ ⬇️#BelieveWithUS #FIFAWWC pic.twitter.com/Qehu8Mdool

Coming into this match, both sides knew what they needed to do to advance, it was just more feasible for Chile. With a -5 goal differential entering the match, Chile had to defeat Thailand by a three goal margin or more. They came within a crossbar of doing exactly that.

Chile had chances all match long, especially in the first half where they just could not convert to get that precious opening goal. Three minutes into the second half they found an unconventional way to break through. A shot came off the far post and ricocheted directly back into the Thailand goalie whom it bounced off of and into the net. It was Chile’s first goal of the game and first ever Women’s World Cup goal. As time continued to tick away, Chile scored their second off a clever header by Maria Urrutia. Needing just one more goal to advance, Chile were awarded a penalty with five minutes left, but the shot was ripped off the crossbar and cleared away.

It was the last good chance Chile had on goal before the final whistle blew and ended the contest. Chile recorded its first ever victory in a Women’s World Cup, but were eliminated based on goal differential with Nigeria. Thailand exit its second World Cup with no points, but a lot of positives to build upon.

Chile picked up their first-ever #FIFAWWC win against Thailand but fell just one goal shy of advancing to the knockout stage.

Watch the full game highlights in our 90′ in 90″ ⬇️ pic.twitter.com/hy5HFEzRd3

A MIRACLE FOR CAMEROON! 🇨🇲🇨🇲🇨🇲

Ajara Nchout scores with the LAST KICK of the game and sends Cameroon to the knockout stage! #FIFAWWC https://t.co/MCNcR6Hf6I

It’s always special to score a goal when playing for you country, but that feeling must be multiplied ten times when you score one as massive as Ajara Nchout did for Cameroon on Thursday.

Not one, not two, but THREE saves in a row for Nayler!

New Zealand was hanging on for dear life against Cameroon in the second half, already trialing 1-0. Needing a win to advance, Erin Nayler gave her side some life with a trio of fantastic stops to keep the Cameroon lead at only one.

With just under 10 minutes left to play Chile need one more goal to advance to the knockout stage! pic.twitter.com/NUAGQXzHH4

Heading the ball is commonplace in soccer but it is a lot more difficult than some make it seem. Maria Urrutia got just enough of her head on thi pass to redirect into the goal and put Chile on the brink of advancing.

Matchday 3 is in the books which means the group stage has come to a close at the 2019 FIFA Women’s World Cup. It was Group E and Group F rounding out group play with four matches on Thursday. Here’s how it all shook out when the final whistles sounded.

The Netherlands knocks off Canada to claim the top spot in Group E. Canada slides into second and Cameroon takes third place and spot in the Round of 16. New Zealand is eliminated.

As many predicted, it’s the United States coming out on top in Group F with Sweden settling for second place. Chile takes third in its first ever Women’s World Cup appearance but falls agonizingly short of advancing. Thailand comes in last.

Here’s a quick look at the final third place standings:

Cameroon and Nigeria grab the final two third place spots to advance to the Round of 16. Chile and Argentina come close but ultimately miss out and exit the tournament.

There will be a full Round of 16 preview going up on Saturday morning before the matches get underway, but here’s a quick look at how the knockout round bracket shapes up for the 2019 FIFA Women’s World Cup.

Nigeria waited until the dying minutes of the final group stage matches to learn if they would even qualify for the Round of 16. Much to their excitement, Chile won but not by enough and Nigeria were rewarded for their waiting with a match against Germany. It should be an easy win for Germany, but beware, Nigeria gave fellow favorite France a serious fight in their match on Monday.

Two pre-tournament dark horses meet here in the Round of 16 and only one can move on to the quarterfinals. Norway and Australia both recorded solid showings in group play and look like they could be a threat in the knockouts. Of all the matches in the Round of 16, this may be near the top of the list to watch.

Everything mostly looks the same after Thursday’s matches. Only difference is Lindsey Horan rejoining the Top 10 with her goal against Sweden.