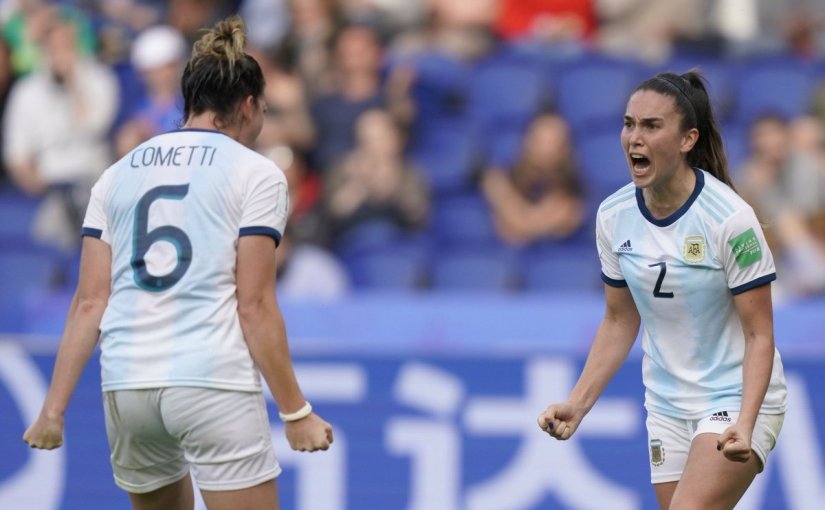 Following a day where nine goals were scored, Monday was a complete snooze-fest with only one goal across a pair of games. Argentina and Japan met in the first match and delivered the first draw of the tournament with neither side being able to break through and score. For Argentina, the draw will mean the world as it was the nation’s first ever point recorded in a FIFA Women’s World Cup match.

In the second match, Canada needed the entirety of the first half to score, but they found their goal just in the nick of time. Kadeisha Buchanan broke the deadlock with Cameroon off a powerful header just before the break. Buchanan’s header was enough to see Canada through to victory and and early lead in Group E.

Coming into Monday’s match with Japan, Argentina had lost all six of its previous Women’s World Cup matches. Back in the tournament for the first time since 2007, Argentina made it count, recording their first point as a nation at a Women’s World Cup following a 0-0 draw with Japan. This marked the first draw of the 2019 tournament after the previous seven matches all ended with a victory for one side.

Japan was the heavy favorite in this game and carried play for most of the contest, but were unable to finish their opportunities. This result puts Japan in a bit of bind with England taking all three points in their opener and now getting their own shot at Argentina where the Lionesses will be big favorites. Japan will need a victory over Scotland for any hope of winning the group while Argentina has to believe they can advance out of the group.

Argentina got off to a good start with a surprising point against back-to-back #FIFAWWC finalists, Japan!

It was only one goal, but after the first match beggars can’t be choosers. Canada jumped out to an early advantage in Group E courtesy a 1-0 victory over Cameroon on Monday evening in France. Kadeisha Buchanan broke the deadlock on the stroke of halftime with a header off a corner kick and Canada never looked back in the second half.

With Group E co-favorite Netherlands yet to play, grabbing all three points in a game they were supposed to win was vital for Canada. The difference between group winner and runner-up may not mean much in the Round of 16, but winning the group does mean you can avoid a potential matchup with Germany until the semifinals.

Soccer has a long history of low scoring affairs and Monday at the Women’s World Cup was one of those. For that reason, we will adapt our normal routine of highlighting the day’s best goals to highlights the best moments and plays from Monday.

Kadeisha Buchanan is wide open at the far post to head in the opening goal right before halftime. #FIFAWWC #CAN pic.twitter.com/APmKfPTAvY

Our only goal of the day gets an automatic spot in our top play highlights. Kadeisha Buchanan fired home a powerful header just before halftime to give Canada the lead and ultimately the victory over Cameroon.

Japan’s Iwabuchi can only stop her with a slap to the head. #FIFAWWC pic.twitter.com/7zqRKO5yLz

Argentina didn’t produce much offensive threat against Japan but Estefania Benini pulled out a few tricks to throw off Japanese defenders. Her second highlight was a slick nutmeg that resulted in a yellow card against Japan after Benini was pulled to the turf.

Argentina earn their first ever point at a FIFA Women’s World Cup!

The reaction after the final whistle says it all. pic.twitter.com/kMK7o0xnrP

Our first draw of the tournament presents an interesting setup in Group D. England was already the favorite so it works out for them, but with Argentina snagging a point they could possibly advance as runner-up if they can snag a win in the final two games.

Canada did what they had to do against Cameroon and they sit atop Group E for the time being. It’s now up to the Netherlands or New Zealand to follow suit and keep this group interesting until the final matchday.

Matchday 1 of the Group Stage at the 2019 FIFA Women’s World Cup comes to a close on Tuesday with three games on the schedule. Defending champion the United States begins its quest for a fourth World Cup title with a matchup against Thailand.

Netherlands enters France as the reigning European champions but they were given no favors drawing into a difficult Group E. New Zealand will be a tough out, but an early victory could boost the Netherlands to greater heights moving forward.

Chile will be the fourth and final nation to make their Women’s World Cup debut here in group play. Their first test will not be an easy one as they take on Sweden who is coming off a silver medal at the 2016 Summer Olympics and carry a No. 9 World Ranking.

Four years ago, the United States won their third World Cup title and they are back with a repeat in mind. They have a favorable group draw that sees them start against Thailand who will be looking for a result in hopes of advancing to the knockouts.

No change to the Golden Boot standings after Monday’s action. Hopefully Tuesday provides a few more goals to shake things up a bit.