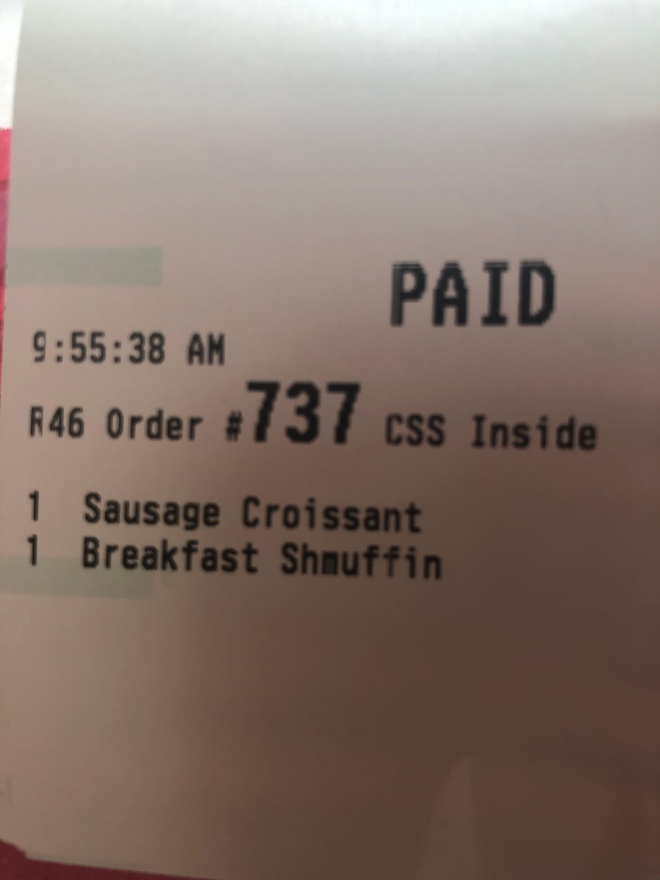 “Nice to know that someone hears us; it’s good to know somebody’s there.”

There are times when the inspiration to dig out a favorite song or album comes from a weird place. As a 90s teenager that caught the ska bug, there were few bands more influential to my love of the genre than The Mighty Mighty BossTones. And yes, I got very hipster about knowing the band before its 1997 mega hit “The Impression that I Get,” because I had been a BossTones fan since all the way back to their previous album “Question the Answers.”

This cut comes from the album before “Question the Answers,” because as a youngster I  always tasked myself with finding everything I could from a band/artist once they became an obsession. So, this cut comes from “Don’t Know How to Party,” a really solid album as the BossTones were starting to locate their voice.

A voice I hadn’t thought about all too much until Thursday when a Sheetz order number planted a song in my head.

Any OG BossTones fan knows the significance of the number 737. It was (and maybe still is) the band’s post office box. Part of “Seven Thirty-Seven/Shoe Glue” is describing the walk to the post office to collect the band’s fan mail. It’s a charming little concept and a thank you to the band’s growing collection of supporters as it had hit a major-label deal starting with “Don’t Know How to Party,” having departed Taang! Records for Mercury.

So as I stood and waited for my breakfast order, all I could do was wait until I could get to the car and fire up this ditty on Apple Music. It had been years since I heard this tune.

(On an aside, if Apple Music ever gave last-listen stats, I’d be very interested to see the gaps in time on when I fired up certain tracks)

Nevertheless, here’s maybe the sneaky-best track in the BossTones library.

And here’s a live cut from one of the band’s fabled “Hometown Throwdown” shows in Boston.