Find it here on Podbean.

In this episode: Robbie and Shawn remember that great night in Santa Clara when Clemson hammered Alabama. Also happening is Shawn realizing that there are nightmare scenarios that may not unfold, but could be very real if the pieces fall a certain way. A way-too-early peek at 2019 goes down with College Football Playoff picks and where Penn State and Pitt will situate themselves during the season.

Find it here on Podbean.

In this episode: Robbie and Shawn get a handle on what was the week of wild-card games and what will be a week of division round games in the NFL. Don’t worry, the Steelers get plenty of talk with a prominent topic being what it would take to deal Antonio Brown away from Pittsburgh. There’s hockey talk, a bit of video game chatter and another batch of This Week in Petty. Somewhere in it all, there’s an announcement of a new face on the blog. A bit of something for everyone.

So, we went and got a new contributor for The Bat Flip.

Please welcome Amanda Godsey to the fold. If you’re into Pittsburgh sports, chances are that you’ve seen Amanda on Twitter (@AmandaFGodsey). As Robbie and I look to get back into a consistent writing schedule, expanding the staff was a must to keep voices fresh on the blog.

Heck, Amanda has already debuted at The Bat Flip with this gem about the NCAA, the NFL, and Kliff Kingsbury..

If you don’t know Amanda, here is what you should know about her … According to Amanda:

Amanda is a sportswriter currently covering Pitt Panthers football and basketball as a freelance reporter for the Johnstown Tribune-Democrat. Amanda grew up in the mid-Mon Valley and is currently based in the suburbs south of Pittsburgh. She’s thrilled to return to journalism after spending nearly a decade working in healthcare, the last several years spent as a nurse in a nursing home. A back injury halted her nursing career; luckily, sportswriters are never expected to be in shape.

Amanda is most likely to be found at a sporting event, whether it’s for work or play; she even got married in front of the Roberto Clemente statue at PNC Park.

Amanda loves books, pop culture, and concerts. She has a bizarre obsession with Nicolas Cage.

When she’s not writing or watching sports, she can most likely be found at home talking sabermetrics with her husband Ryan, and catering to the whims of their demanding and beautiful Siberian cat, Dusty. 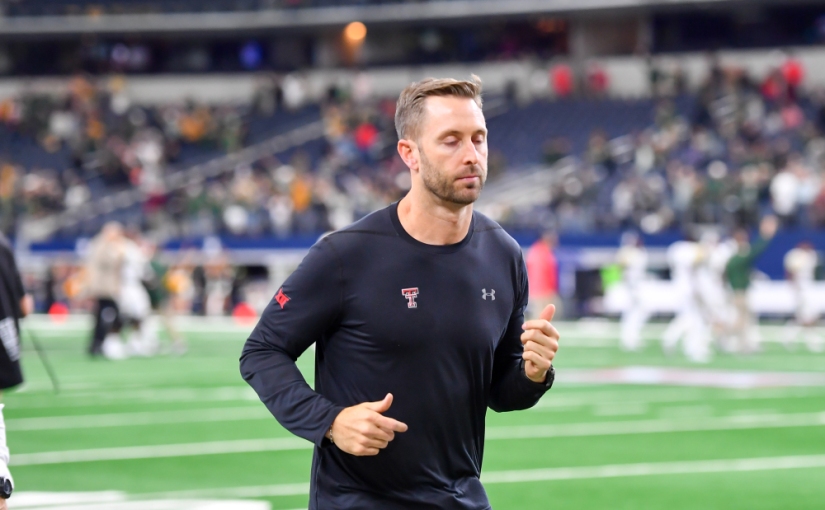 It’s no secret the NCAA is essentially the unpaid minor leagues for both the NFL and NBA. There are rules in place to ensure young men who have dreams of playing pro ball will first have to play a certain length of time in college, three years for football players and one year for basketball players. It’s obvious to anyone paying attention, this is to ensure the NCAA will thrive by forcing star high school athletes to attend college before turning pro.

It wasn’t always this way; there was no college requirement for the NBA until 2005, when the NCAA was conceivably pretty angry about not being able to profit off of the likes of LeBron James, Kobe Bryant, Kevin Garnett, Tracy McGrady, Dwight Howard, and Amar’e Stoudemire, all of whom had gone straight from high school to the NBA in the previous decade.

While these athletes are in college, they receive scholarships, but are unable to work a paying job due the time demands of playing college sports. They are expected to put their bodies on the line and risk injury before they ever see a paycheck, while the NCAA is a billion-dollar industry.

Now the NCAA is trying to control its coaches much like its players.

When Kliff Kingsbury was fired as head coach of Texas Tach in late November, most people knew he wouldn’t be unemployed for long. Despite a 5-7 record in his last year with the Red Raiders, Kingsbury is an offensive-minded coach in a time where such coaches are highly sought after (think NFL head coaches Sean McVay and Doug Pederson).

Sure enough, Kingsbury quickly found a new job as offensive coordinator for USC, where he was hired on December 5. Things were just fine and dandy until Black Monday—the day after the NFL season, where head coaches for struggling teams are usually fired.

It’s no surprise that NFL teams would have an interest in Kingsbury. He’s just 39 years old, and his offensive prowess fits the mold of the current pass-happy NFL. Two teams expressed interest in Kingsbury, the Arizona Cardinals and the New York Jets. Both teams drafted quarterbacks in the first round in 2018—the Cardinals taking Josh Rosen and the Jets getting Sam Darnold. Both young quarterbacks struggled, as did their teams. Kingsbury seemed like a great candidate for either head coaching position.

Swann blocked Kingsbury from interviewing for an NFL job. Then came word from ESPN’s Adam Schefter that the NFL had decided last month to start enforcing an old rule which requires NFL teams to ask for permission from college ADs to interview college coaches. If an NFL team didn’t comply, they could be docked draft picks.

“At last month’s NFL owners meetings in Dallas, league officials informed team executives that they now had to request permission from college athletic directors to interview college coaches. Not doing so would be considered ‘conduct detrimental,’ and the NFL could then dock draft picks from teams, sources said.”

The Kingsbury drama brought to mind Terrelle Pryor being suspended for five NFL games for NCAA rules violations while he was at Ohio State. Pryor was one of five Buckeyes who faced sanctions for receiving discounted tattoos and selling memorabilia, one of the sanctions being a five-game suspension the following season. When Pryor announced he was leaving Ohio State for the NFL, commissioner Roger Goodell decided that suspension would carry over into Pryor’s rookie NFL season.

Rumors started to circulate over the weekend that Kingsbury’s buyout (which an NFL team wouldn’t be allowed to pay, due to the rule cited above) was low enough that he himself was considering paying it, resigning from USC, and taking interviews with NFL teams.

While it is understandable that Swann would want to keep a valuable member of the football coaching staff, generally coaches are granted permission to interview for jobs that are a step above their current position.

As of this writing, Kingsbury is interviewing with NFL teams and is reportedly still a USC employee. Perhaps the bad PR it brought to both Swann and USC (and the possible issues that could crop up when attempting to hire coaches in the future) caused Swann to change his mind.

It remains to be seen if Kingsbury will be an NFL head coach anytime soon, but this whole saga should remind us all that the horseshit collusion between the NFL and NCAA remains rampant and will most likely only get worse going forward.