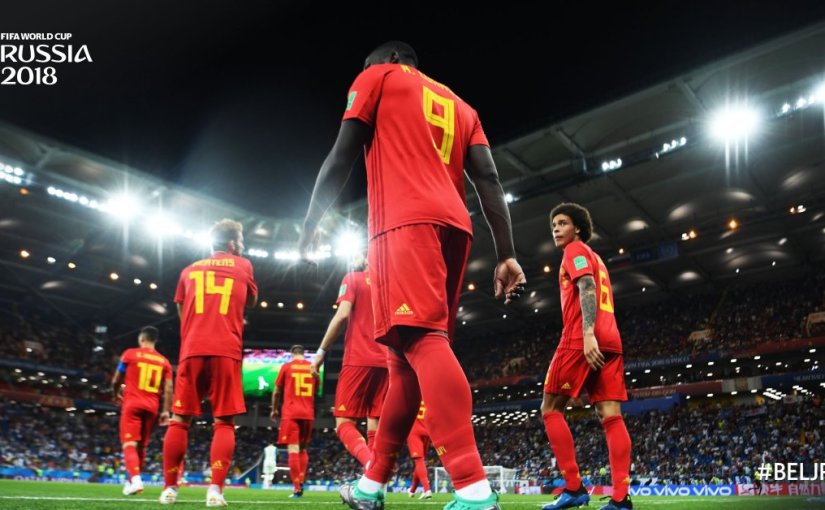 The 2018 FIFA World Cup has not been kind to favorites thus far. Spain and Germany are both gone, Argentina never stood a chance, and even those that are still alive have looked unconvincing at time. Monday’s action gave two favorites a chance to send a message and book a meeting the quarterfinals. One moved on with ease, while the other needed every second to get the victory.

Opening Monday’s action was Group E winner Brazil taking on Group F runner-up Mexico who already knocked off Germany in the group stages. Sadly for Mexico, a second upset was not in the cards as Brazil used two second half goals to cruise into the quarterfinals for the seventh straight time.

Things did not go quite as smoothly for fellow favorite Belgium who needed a stoppage time goal to eliminate upset minded Japan. Two early second half goals put Japan in front but Belgium’s talent and depth pulled them back into the game and eventually gave them a late victory for a quarterfinal spot.

If you missed any action from Monday you can find all you need to catch up inside today’s World Cupdate.

As it turns out, what looked to be a Mexico side that could finally break its long quarterfinals drought was just a mirage as Brazil proved to be too much for El Tri to handle in the Round of 16. Neymar and Robert Firmino scored the goals for Brazil in the second half to push the five time World Cup champions one step closer to a sixth star.

An exciting back and forth first half had many wondering if Mexico could pull off another upset at this World Cup but the Brazilian fire power was just too much to handle for the whole 90 minutes. Once Neymar opened the scoring, the life was sucked out of Mexico and they could never find a way back into the game.

Watch all the highlights in our 90’ in 90” ⬇️ pic.twitter.com/AGHdvhNwxw

If Brazil coasted in its Round of 16 matchup then fellow favorite Belgium had whatever the exact opposite of that is. A goalless first half was quickly erased when underdog Japan struck twice in four minutes to grab a 2-0 lead in the 52nd minute. Belgium (and pretty much everyone watching) were stunned and looked to be on its way out of the World Cup. Luckily, Belgium has the talent to climb its way back into almost any game, regardless of how bleak it may be.

In the blink of an eye, Belgium scored twice in a five minute span to bring the game back to level terms with roughly 15 minutes to play. Then, just when it appeared we were getting our third extra time game in two days, Belgium found a winner in second half stoppage time from substitute Nacer Chadli. In the span of 25 minutes, Belgium went form out of the World Cup to the quarterfinals. Sometimes outright talent alone is enough to carry you.

Japan over exceeded all expectations by simply advancing out of the group but this loss will still sting for a long time. On the other side, Belgium will be happy to advance but can thank its lucky stars for their immense talent. They will now face Brazil in the quarterfinals on Friday.

Belgium stormed back from down 2-0 to advance to the quarterfinals.

Watch the highlights of this instant classic in our 90′ in 90″ ⬇️ pic.twitter.com/KiiIiFKf2r

Three quarterfinal matchups are now set in stone and two pre-tournament favorites will square off on Friday for a spot in the semifinals. The final quarterfinal match will be known following Tuesday’s pair of matches.

We are back to featuring goals today after giving the goalkeepers some love from Sunday’s matches. Big stars scored for Brazil but it was the Belgium/Japan match that provided us with the three best from Monday.

For a brief time, it looked like Japan might be the latest underdog to pull off an upset at the 2018 FIFA World Cup. Takashi Inui was a major reason his side was on the brink of knocking out Belgium thanks to this strike.

Who saw this coming?!

Inui hits a rocket from outside the box to put Japan up 2-0 on Belgium! 🇯🇵 pic.twitter.com/Bw2famzZiR

This header from Jan Vertonghen was unusual but it counts all the same and put Belgium on the comeback trail after falling behind 2-0. It’s hard to say how the rest of this game plays out if this goal never finds it way in the net.

Vertonghen pulls one back for Belgium!

Goals do not get much bigger or much more dramatic than this game winner from Nacer Chadli. From 2-0 down to 3-2 up in under 25 minutes, Belgium fought back and booked a spot in the quarterfinals with this last second goal.

We dare you to find a better counterattack!

Chadli finishes off a beautiful team play to give Belgium the win late in stoppage time. 🔥🔥🔥 pic.twitter.com/lbUxZDzG0E

Check back tomorrow for more great goals from the 2018 FIFA World Cup.

One final day of Round of 16 action is on the schedule Tuesday and after it’s all said and done we will know who will be playing in the fourth and final quarterfinals match.

Unexpected Group F winner Sweden look to reach the quarterfinals for the first time since 1994 while opponent Switzerland will be playing for its first quarterfinals spot since 1954 when it hosted the tournament.

In the day’s second match, Group H winner Colombia will try to continue its mini-roll here in Russia and book a quarterfinals spot for the second tournament in a row. They will go up against England who are looking for a quarterfinal berth for the first time since 2006.

Not many expected Sweden to be in this position but here they are and they hope to keep this run rolling for as long as possible. It has been over 20 years since Sweden has made the quarterfinals but its been even longer for Switzerland who last made the final eight in 1954 when its was the host. Both nations qualified via the UEFA playoffs but have more than enough talent to keep playing past the Round of 16.

England did everything in its power to get this matchup in the Round of 16 now its up to them not to waste it. The Three Lions have looked impressive so far in Russia but history could rear its ugly head at any moment. Colombia on the other hand looked dead after an opening match defeat but rebounded nicely to win its group. Whoever wins this match will likely be favored in the quarterfinals regardless of the opponent.

Big chance for Harry Kane to put some distance between himself and the rest of the field with a goal or two against Colombia later today. No change in the Top-10 following Monday’s matches.