Friday brought us our first day off at the 2018 FIFA World Cup since the tournament began a little over two weeks ago. Over those two weeks, 32 nations played 48 matches that comprised the group stage portion of this World Cup. With all group play complete, 16 countries remain standing to partake in the knockout rounds, which begin today with the Round of 16.

Sixteen teams means there will be eight matches played over the next four days (Saturday-Tuesday), with two matches being played each day. FIFA uses a bracket set up for the knockout stages, with Round of 16 matchups determined by group finish then the subsequent matches determined by following the bracket inwards. So, the two winners of Saturday’s matches will meet in the quarterfinals and the same goes for winners on Sunday through Tuesday as well.

Here now, the official “The Bat Flip” World Cup Round of 16 Preview.

Let’s begin our Round of 16 preview with a glance at the teams who will be taking part. Teams are listed in the order in which they finished in their respective groups.

Uruguay: Topped Group A with a perfect 3-0-0 record to claim all nine points available to them in the group stage. Did enough to defeat Egypt and Saudi Arabia but looked their best in the final group match against host Russia.

Russia: One of the surprises of the tournament to this point. The host side entered the World Cup as the lowest ranked team in the field but captured two wins in their first two matches by combined 8-1 score. Fell to Uruguay in the third match, relegating them to runner-up status in the group.

Spain: Fired their manager 48 hours before their opening match of the tournament but did just enough to win Group B and advance to the knockouts. As a pre-tournament favorite, Spain have not looked super convincing in any of their group matches but sit on the easier side of the knockout bracket.

Portugal: Without Cristiano Ronaldo its hard to say if Portugal makes it this far. His heroics salvaged a draw with Spain and a win over Morocco but the 2016 European champions came within inches of being bounced from the tournament in their final match.

France: Another pre-tournament favorite who has looked unconvincing through group stage play. France are loaded with attacking talent but only scored three goals in three group matches. It remains to be seen if a side with this much talent can turn it on when it really counts.

Denmark: Another good story from the 2018 World Cup is Denmark who advance to the Round of 16 as the runner-up in Group C. Christian Eriksen is one of the few true superstars on the team but they earned a point in every group stage match to extend their stay in Russia.

Croatia: A popular dark horse pick before the tournament, Croatia now looks like a threat to win the whole thing after a dominating group performance. They sit on the easier side of the bracket even if a potential quarterfinal showdown with Spain looms. Be on the lookout for this squad going forward.

Argentina: Through two matches it looked like Argentina was going to be heading home early after dismal performances against Iceland and Croatia. They were bailed out in their final match against Nigeria by a last minute goal and stayed alive long enough to see themselves in the knockout stages.

Brazil: A disappointing draw in their opening match seems like a thing of the past now that Brazil look like the Brazil everyone expected. They had no trouble taking Group E with strong performances against Costa Rica and Serbia. The only issue for Brazil heading into the knockouts is playing on the strong side of the bracket.

Switzerland: A win and two draws was more than enough to push Switzerland into the Round of 16. Escaping with a 1-1 draw against Brazil showed everyone watching that this Swiss side will be able to hang with anyone, regardless of the talent disparity. This could easily be a quarterfinal side.

Sweden: Perhaps the most unlikely of all the group winners, Sweden bagged six points to come out on top of a very difficult Group F that included Germany, Mexico, and South Korea. A Round of 16 meeting with Switzerland will be a toss-up, meaning we could easily see this side playing in the quarterfinals.

Mexico: El Tri opening its 2018 FIFA World Cup with a shock win 1-0 over Germany but still needed help on the final match-day of Group F play to escape as the runner-up. They will take on a strong Brazil side but Mexico has already proven it can beat anyone.

Belgium: Another popular pick to win it all, Belgium have been one of the few pre-tournament favorites that has lived up to the hype so far. Taking all nine points available to them in the group, Belgium looked prime for a deep run with this golden generation of talent.

England: Coming in as runner-ups in Group G may be a blessing in disguise for The Three Lions as it shifts them over to the easier side of the bracket. If they can find a way past Colombia, a trip to the semifinals is there for the taking.

Colombia: It did not look good for Colombia following an opening match loss but the 2014 quarterfinalists turned it around in the next two matches to claim the Group H title. They sit in a similar position as their Round of 16 opponent England, win that game and a trip to the semifinals could be right there waiting for them.

Japan: Quite frankly, this was the biggest shock on the list of teams who are advancing to the Round of 16. Coming into the World Cup, many had Japan ranked as the weakest team in Group H but here they are and it is well earned.

Those are you 16 teams who will be playing in the Round of 16 beginning today at the 2018 FIFA World Cup. Each one is well deserving of its place in the knockout stages, but unfortunately for eight of them, this will be the end of the line.

A look at the 2018 FIFA World Cup bracket as it stands heading into the Round of 16.

Eight games over four days will determine which eight teams keep their World Cup dream alive and advance to the quarterfinals.

A quick preview of all eight matches making up the Round of 16. Matches will be played between Saturday and Tuesday with winners advancing to play in the quarterfinals late next week.

Two international powers square off in the opening match of the Round of 16. Neither side has looked great but this could be the moment they prove themselves worthy contenders.

The left side of the World Cup bracket is a gauntlet and these two opening games are really just an appetizer for what’s to come. Both of these teams have the talent to make deep runs in Russia.

If host nation Russia hopes to continue its cinderella run it will need a victory over 2010 World Cup champion Spain in the Round of 16. Spain has not looked like itself to this point but they are where we expected them to be.

Croatia have firmly placed themselves in the conversation as favorites following a strong group performance while Denmark are trying to make a little noise of their own as an underdog in the knockout rounds.

Mexico are trying to eradicate over three decades of frustration with a victory and a trip to the quarterfinals. Standing in their way is a Brazil side who suddenly look like a team ready to win the whole thing.

Through group play, Belgium are one pre-tournament favorite who has lived up to the expectations placed upon them. Japan has exceeded every expectation to this point so anything past this round is just icing on the cake. 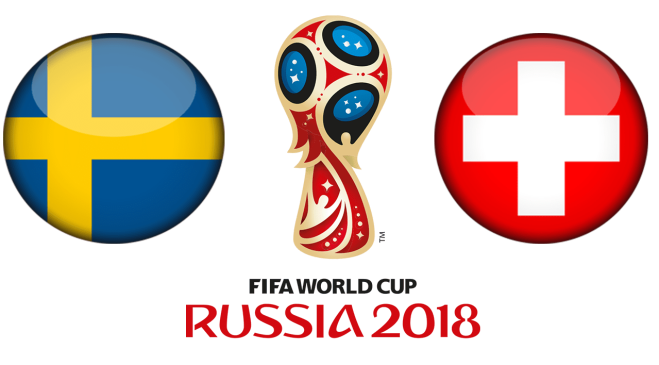 Maybe the biggest toss-up of all the Round of 16 matches. Sweden shocked the world by winning a difficult Group F while Switzerland played exactly like everyone expected and set themselves up with a favorable matchup. This one is anybody’s game.

England purposefully played its final group match to get to this side of the bracket so they better find a way to win at least this game. A rocky start did not deter Colombia who bounced back and have plans on bettering its result from 2014.

That completes just a very brief look at the eight matches that will compromise the Round of 16 stage at the 2018 FIFA World Cup. Check back on Tuesday afternoon to see how bad our predictions turn out to be.

Nine of the ten leading scorers at the 2018 FIFA World Cup will be in action during the Round of 16, including all of the Top-5. This will be a huge opportunity for all of them to make a charge toward the top of list with a few goals during this round of competition.

Once the Round of 16 begins on Saturday, we will continuing with our daily World Cupdates recapping the previous day of action along with a preview of what’s still to come as the tournament marches forward. Make sure you are checking back with us everyday to keep up to date on the latest news from the 2018 FIFA World Cup.