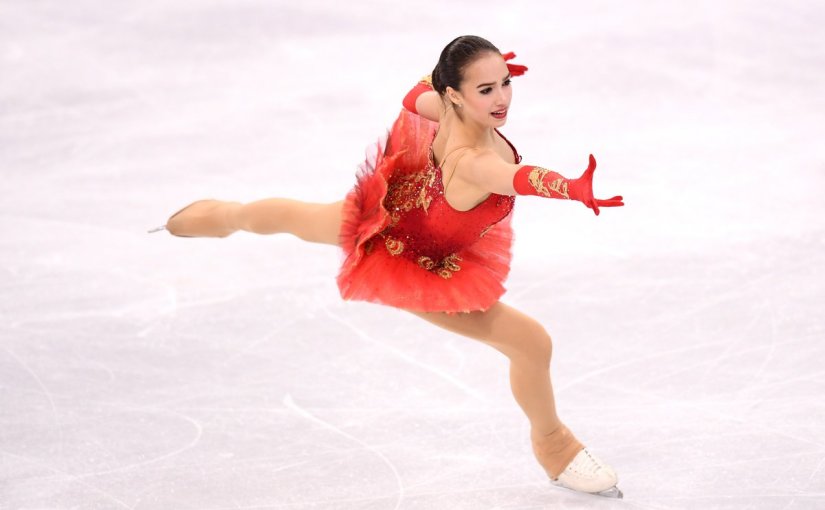 Time is ticking down on the 2018 Olympic Games but that doesn’t mean the drama is slowing down anytime soon.

Thursday was an especially busy day for short-track competition, with medals being awarded in three separate events, beginning with the men’s 500m race.

China is not a typical Winter Olympic power but coming into Thursday, they had won a respectable eight medals and sat 14th in the overall medal count but they had no golds to their name so far in PyeongChang.

That all changed on Thursday with a victory in the men’s 500m event. In his quarterfinal race, Wu Dajing set an new world record for the 500m at a blistering 39.800 seconds. He one upped himself in the final, topping his own world record with a time of 39.584 seconds to win the gold medal.

This was also a huge moment for the host nation South Korea, taking both silver and bronze behind Dajing. Hwang Daeheon and Lim Hyojun came across the line in second and third respectively to finish on the podium.

Next up on the short-track was the women’s 1,000m race and it was a familiar flag standing atop the podium when the dust settled.

Suzanne Schulting of The Netherlands channeled the spirit of her country’s long-track tradition onto the short-track for a gold medal in the 1,000m. Schulting came out on top of an exceptionally strong field of racers, including 1,500m Olympic champion Choi Minjeong of South Korea. This was the first gold medal ever for The Netherlands in short-track speed skating.

Short-track wrapped up its Olympic competition with the men’s 5,000m team relay where history was made.

Hungary had not won a Winter Olympic  medal since Lake Placid in 1980 but that all changed in the team relay. In Olympic record time, the Hungarian team put together the race of their lives to win the gold medal, to give the country its first winter Olympic gold medal in history and their first medal of any color in 38 years.

The nation’s first ever #WinterOlympics gold medal, and their first medal of any kind in 38 years, came in the men’s short track 5000m relay. #WinterOlympics https://t.co/P4xWfpsC3J pic.twitter.com/xVzaSl2vnZ

Also wrapping up competition on Thursday was Nordic Combined with the team event. Germany already won gold in the two individual events, including a podium sweep in the large hill. They made it 3 for 3 in Nordic with one more gold in the team event and it was not particularly close, finishing over a minute ahead of the second place team.

It would not count as an Olympic day if Norway did not win at least one medal and they accomplished that with a silver in the Nordic team event. Coming across in third place were the Austrians to win the bronze medal.

Biathlon has been going since the Games opened but as we enter the final days in PyeongChang, they were down to their last two events on the schedule.

First up was the women’s 4x6km team relay and the result was not one one many expected.

To this point, Belarus has had a tough Olympic games, failing to medal in many events they are usually favored in. As a result, they were sitting on only two medals with time running out to win any more.

One of their remaining opportunities came in the women’s biathlon 4x6km event and they made it count in a big way. Pulling away on the final lap, Belarus was able to capture its second gold medal of the Games, crossing the line with a comfortable ten second advantage.

Freestyle skiing was another discipline set to wrap up their 2018 competition on Thursday with the women’s ski cross event. Racers competed across several different runs to determine who would be taking part in the final for the gold medal.

It took roughly an hour to complete the entire competition and when the dust settled, Canada was sitting pretty with a clean sweep of the ski cross events.

After winning the gold in the men’s race, Canada added a second gold in the women’s race thanks to Kelsey Serwa who crossed the finish line in first to win her first career gold medal and her second Olympic medal overall to go with her silver from Sochi.

Second in Sochi and now #Gold at #PyeongChang2018. Congratulations to @kelseyserwa from @TeamCanada in Women’s #FreestyleSkiing #SkiCross!

Canada also took home silver with a second place finish in the race from Brittany Phelan  to add to their total medal haul in PyeongChang. Coming in third place was Fanny Smith of Switzerland with the bronze medal.

The highlight of Thursday’s action was going to be the women’s free skate, the final figure skating event to be held in PyeongChang. After the short program, it was clear the gold medal was going to be decided between OAR teammates Alina Zagitova and Evgenia Medvedeva, as expected before the Games.

At 15 years old, Zagitova took the ice for her free skate and put down the top score and gave Medvedeva something to think about before she took the ice.

Skating last, Medvedeva knew what score she needed to win the gold medal and skated a program worth of an Olympic champion. Both skaters waited anxiously for the score to come down to see who would be standing atop the podium.

Medvedeva and Zagitova scored the exact same 156.65 on the free skate, meaning Zagitova won the gold thanks to her slight advantage from the short program. The final scores were 239.57 to 238.26 in favor of Zagitova. Medvedeva won the silver.

Zagitova’s win gave the OAR their first gold medal of the 2018 Games.

Kaetlyn Osmond of Canada was in third place after the short program and that’s where she remained following the free skate of her life to win the bronze medal.

At this point in the Olympics, there aren’t many non-medal events remaining but curling still has a few matches left before the medals are awarded. The United States men’s team made history by advancing to the gold medal match for the first time in history. Their 5-3 upset victory over Canada guarantees them at least a silver medal but they will surely be looking for gold. They will face Sweden on Saturday for all the marbles.

Canada will take on Switzerland in the bronze medal match.

It is Friday which means we are entering the final weekend of the 2018 Winter Olympic Games in PyeongChang. Most the remaining competition from here on out will be medal events so hopefully you have a way to watch wherever you are.

Before we break down what to watch, here is Friday’s schedule of events:

Only three days of competition left. Make sure you don’t miss a second.

A quick look at the medal table after Thursday’s action:

Norway comfortably remains on top of the medal table. Five medal day propels Canada past Germany for second. 27 medals is the best Olympic performance ever by a Canadian delegation, topping their 26 in 2010. United States remains in fourth place while The Netherlands rounds out top five. OAR wins their first gold of PyeongChang. Hosts South Korea jump into top ten.