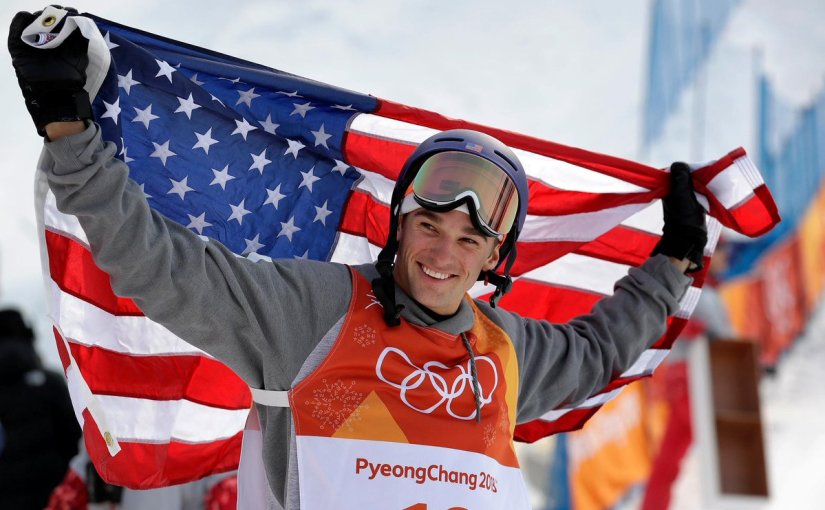 Saturday was an incredibly busy day in PyeongChang as the 2018 Winter Olympics prepares to enter its final week of competition. Medals were handed out across a wide range of events from biathlon to freestyle skiing. It was such a whirlwind, that it can be hard to keep up with everything but that is what we are here to help with.

Biathlon kicked off the full day of competition with the women’s 12.km mass start and it was Anastasiya Kuzmina of Slovakia leading wire to wire to capture her third medal of the 2018 Games. Kuzmina finished with a comfortable margin of over 18 seconds to claim the gold medal, her first of these Games and third Olympic gold of her career.

Standing alongside Kuzmina on the podium was Darya Domrachev of Belarus in silver position and Tiril Eckhoff of Norway with bronze.

History was made in the women’s 4x5km cross-country relay where Norway continued racking up the medals with another gold. Trailing significantly after the opening leg of the race, Norway slowly closed the gap and anchor Marit Bjoergen finished the deal on the final leg to seal the win. With the medal, Bjoergen moved into a tie for the most decorated Winter Olympian in history, man or woman.

Sweden took silver behind their Scandinavian rivals and early leaders OAR settled for the bronze.

Short-track speed skating had two medal events on tap for Saturday and lived up to the standard excitement short-track racing in known for.

First on the women’s side was the 1,500m race and hosts South Korea continue their reign of dominance over the sport.

After rounds and rounds of heats and semifinals, the final was set and loaded with medal winning talent across the board. Choi Minjeong sent the home crowd into a frenzy, crossing the finish line in first place by almost a second to claim another gold medal for the host nation in one of their most beloved sports.

Following the women’s race was the men’s 1,000m event and the United States returned to the medal stand after two days with nothing to show for their efforts. Allowed to advance from his heat due to a penalty from a fellow racer, John-Henry Krueger fought through the semifinals and put in the race of his life in the final to lock down silver for his first career medal.

Only Krueger’s North American rival Samuel Girard of Canada crossed the line ahead of him to claim the gold. South Korea had another reason to cheer in the men’s 1,000m thanks to a bronze medal finish from Seo Yira.

More history was made over at the sliding centre in the final runs of the women’s skeleton race. Decided by the final few runs of the competition, Izzy Yarnold of Great Britain defended her 2014 gold medal and became the first British athlete in history to win consecutive gold medals in the Winter Olympics.

Yarnold was joined on the medal stand by world champion Jacqueline Loelling in silver position and by British teammate Laura Deas with the bronze.

Individual ski jumping also wrapped up on Saturday and it was another gold medal defense on the large hill. Polish jumper Kamil Stoch squeezed every possible point out of his final jump of the competition to win the gold medal and defend his crown from Sochi.

Normal hill gold medalist Andrea Wellinger of Germany added to his medal haul with the silver and Robert Johansson of Norway repeated his normal hill result with a bronze on the large hill to round out the podium.

It appears the weather has decided to behave for the alpine events, at least for now. The men were back on course Saturday night (Sunday morning in South Korea) for the men’s giant slalom and Austrian Marcel Hirscher was the clear gold medal favorite.

Already with a gold under his belt in the combined event, Hirscher doubled down on what could be a historic Olympics for himself with a dominating gold in the giant slalom. Hirscher led after the first run and only added on his lead during the second run to win gold.

Norway continues to roll in PyeongChang with a silver in the giant slalom from Henrik Kristoffersen and Alexis Pinturault of France added to his earlier silver with a bronze in the GS.

Capping off Saturday’s action was the men’s freestyle skiing slopestyle and the boys brought the heat starting in the qualifying and carrying it all the way through the final.

Almost fittingly, it was a Norwegian taking the gold, continuing the overall theme of these Games. Needing only one run to take gold Oystein Braaten laid down a gold medal winning 95.00 that no one could top.

After sweeping the podium in Sochi four years ago, the United States had to settle for a silver this time around thanks to Nick Goepper who laid down 93.60 on his final run. Canadian Alex Beaulieu-Marchand brought home the bronze.

Goepper got it! #WinterOlympics pic.twitter.com/UulyzWchUh

2014 silver medalist Gus Kenworthy could not put together a full run during the final and finished in 12th.

Saturday wasn’t just a busy day for the medal events. Here’s what else you may have missed:

Sunday should always be a day of rest so take advantage and tune into Olympic Games as they enter their final week with still plenty left to be decided on the snow and ice of PyeongChang.

Before we break down what to watch, here is Sunday’s schedule of events:

There is a whole day’s worth of action to soak in while you kick back on relax on this beautiful Sunday.

A quick look at the medal table after Saturday’s action:

Norway tightens their grip on the overall medals lead thanks to another strong showing on Saturday. Germany still tops in gold but Norway creeps closer. Canada jumps to third. U.S. back into top five after short-track and slopestyle silvers. Sweden hops into top ten for first time.