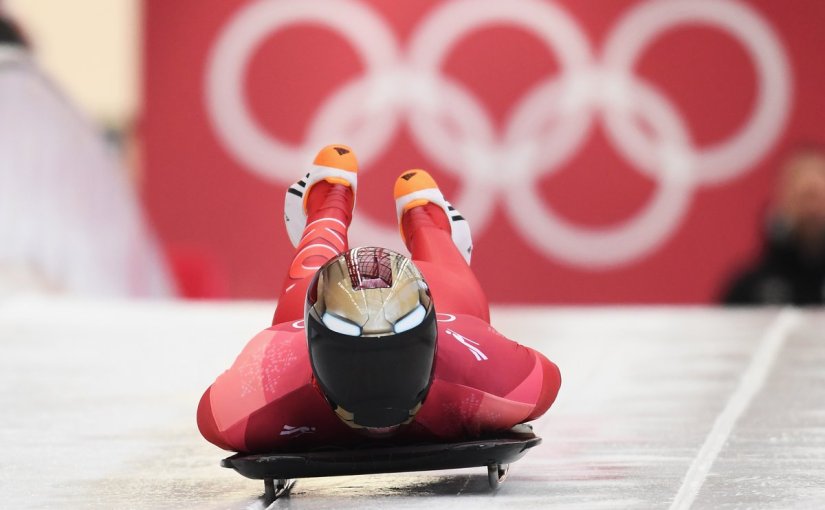 Medals in alpine skiing and snowboard cross broke the ice early Thursday morning in the United States but since that was covered in yesterday’s precap, we’ll get started with the medals you may have missed while still sleeping.

Starting in cross-country, it was a complete Scandinavian sweep of the medal podium with Norway, Sweden, and finland all claiming medals. Extra drama was added at the finish line that resulted in a tie for third place, thus awarding the bronze to two athletes.

Ragnhild Haga of Norway took home the gold medal in the women’s 10km freestyle event followed by Charlotte Kalla of Sweden in silver medal position. The real drama took place in the fight for bronze where Finland’s Krista Parmakoski and Norway’s Marit Bjoergen crossed the finish line in a photo finish but judges could not determine a clear winner, awarding the bronze to both athletes.

With the bronze, Bjoergen added to her historic Olympic career with her 12th Olympic medal.

Next up was the biathlon which held medal events on both the men’s and women’s side during Thursday’s slate of competition. In the women’s 15km, Hanna Oeberg of Sweden pulled away from the pack and locked up the gold medal by a comfortable margin at the finish line. Anastasiya Kuzmina finished second to win her second gold medal of the 2018 Games and Laura Dahlmeier of Germany won her third individual medal of the Games with a bronze to go along with her two golds from earlier events.

On the men’s side, Johannes Thingnes Boe fulfilled his Norwegian destiny with a gold medal in the men’s 20km, holding off a strong field to win. Slovenia broke onto the medal board with a silver from Jakov Fak and Dominik Landertinger of Austria skied home with the bronze to push his home country into the top 10 in the medal count.

Once night arrived in PyeongChang, it was over to the sliding centre for the luge team relay event. Introduced in Sochi, the relay event combines the time one men’s slider, one women’s slider, and a doubles team for a country’s total time. Top three times take home medals. It was German domination once again on the sliding track as predicted by many coming into the 2018 Games. Riders Natalie Geisenberger, Johannes Ludwig and the doubles team of Tobias Wendl and Tobias Arlt cruised to an easy gold medal.

Rounding out the podium were the Canadian relay team with the silver and the Austrian relay team coming home with the bronze. The United States put in a solid effort but ended up in fourth place, missing a medal by one tenth of a second.

Twelve total medals were awarded across of luge competitions in PyeongChang but only four different countries stood on the podium. Germany cleaned house as expected with six total medals, Austria came in second with three, Canada next with two, and the United States rounded out the winner with a single silver medal thanks to Chris Mazdzer.

Wrapping up the early morning events in South Korea was the men’s 10,000m long-track event. Although they did not take home gold, The Netherlands still walked away with another medal in the sport.

Canadian Ted-Jan Bloemen crushed the field by over two seconds to win the gold medal with  relative ease. Dutch skater Jorrit Bergsma skated home comfortably with the silver and the podium was completed Nicola Tumolero of Italy with the bronze.

Returning to the sliding centre, history was on the line for hosts South Korea as they were closing in on their first sliding medal in history. The weight of a nation rest on the shoulders of Yun Sung-bin and he delivered for the home crowd. Finishing with the best time in all four runs, Sung-bin blew away the field by over a second and a half to win the gold and give South Korea its first ever sliding medal. The real battle was for silver and Nikita Tregubov slid just fast enough to grab it by .02 seconds. Dom Parsons settled for the bronze and gave Great Britain its first medal in PyeongChang.

A night after the men’s snowboard cross event, it was the women’s turn to settle it on the snow. American Lindsey Jacobellis, arguably the greatest ever in her sport, was still in search of a gold medal that has eluded her.

Jacobellis reached the final but once again went home without that gold medal after finishing fourth. Italian snowboarder Michela Moioli captured the gold medal followed by Julia Pereira de Sousa Mabileau of France with the silver and Eva Samkova of the Czech Republic with the bronze.

Another day of perfect weather meant the alpine events could continue to run and both the men and women had a lot on the line.

Matthias Mayer of Austria followed up his Sochi downhill gold with a second career gold, this time in the men’s Super-G. Mayer, an Austrian legend, led the field to capture the gold by 0.13 seconds over second place.

Beat Feuz of Switzerland improved upon his bronze in the downhill with silver in the Super-G. Defending Olympic champion Kjetil Jansrud returned to the podium for the second time in as many days with bronze.

For the women, it was the previously delayed slalom event and American Mikaela Shiffrin was the heavy favorite to take home gold. Unfortunately for Shiffrin, a mistake on the second run cost her major time and she ended off the podium in fourth.

With Shiffrin out of the picture, it was her rival Frida Hansdotter of Sweden who took home the gold medal after playing second fiddle to Shiffrin so many times on the world tour. Rounding out the podium was Wendy Holdener of Switzerland with silver and Katharina Gallhuber of Austria with bronze.

Medal events always take center but the non-medal events delivered as well. Here’s what you may have missed:

Well, we made it to Friday and that means the weekend is pretty much here. It’s already a three day weekend for some with President’s Day on Monday so feel free to make it a four day weekend and enjoy some Olympic action.

Before we break down what to watch, here is Friday’s schedule of events:

Most of your workday will actually be evening in PyeongChang time so you can just use that as an excuse to bounce early and keep tabs on the action.

A quick look at the medal table after Thursday’s action: