Championship Sunday in the NFL featured great intrigue on both sides of the league as they prepared to battle it out with a trip to Super Bowl LII on the line.

On the AFC side, you had the upstart Jacksonville Jaguars and Blake Bortles heading to New England to face the vaunted Patriots, looking to make a tenth Super Bowl appearance and eighth since the turn of the millennium.

Jumping over to the NFC, a resurgent Case Keenum had the Minnesota Vikings one win away from being the first team to ever play a Super Bowl in their home stadium. The only thing standing in the way of history were the Philadelphia Eagles, led by backup quarterback Nick Foles.

Sunday could have been a day of firsts and maybe one of the most unlikely Super Bowl matchups of all time had the Jaguars done the impossible and the Vikings simply rattled Foles.

In typical NFL style, the worst possible outcome occurred in both contests.

Heading into halftime of the AFC Championship Game, the Jaguars dominated the Patriots for two quarters and led 14-10 but the second half told a different story. Trailing by 10 points in the fourth quarter, Tom Brady did what Tom Brady does and led a furious rally to prevail 24-20 and claim another AFC Championship.

Taking the opening kickoff in Philadelphia, the Vikings marched the length of the field without much resistance from the Eagles defense and raced out to a 7-0 lead. Not much else went right for the Vikings after that. Their second drive ended in a pick-six by the Eagles defense, then Nick Foles took over and gashed the best defense in football for 352 yards and three touchdowns to send the Eagles (ironically) to Minnesota for a showdown with the Patriots in the Super Bowl.

This is the outcome no one outside of Philadelphia or Boston wanted but is the one we will have to live with regardless. A Patriots team gunning for it’s sixth Super Bowl title since 2001 and the consensus most hated team in America versus the Philadelphia Eagles trying to win their first Super Bowl but just as easily hateable in their own right.

If you are a Pittsburgh fan like us here at The Bat Flip, you can attest this is the worst case scenario matchup you could ever imagine. At least the second worst behind a potential Cowboys/Ravens matchup on the game’s biggest stage.

For Pittsburgh fans hating on the Patriots has become a tradition since Brady and Belichick began their death grip on the league by beating the Steelers in the AFC Championship Game in 2001. Hating the Patriots is second nature to us at this point. In many ways, we hate them more than the Ravens, Browns, or Bengals. 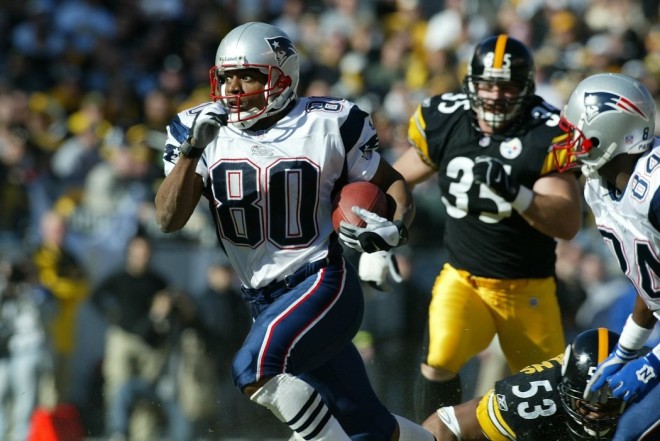 There is no lack of hate for the Eagles as well but for a much different reason. If you were asked to name the top rivalries in the NFL, Steelers/Eagles probably aren’t even in your top 50. They don’t play in the same division or conference and in reality, they only face off once every four years, usually in a meaningless early season game. The two sides have never met in a Super Bowl either. This hate is simply from sharing the same state. You inherit this hate when you’re born into the others fandom. Hating on Philly is ingrained into the very culture of Pittsburgh sports, regardless if a rivalry exists or not. Pittsburgh fans just don’t want to see Philly fans happy for any reason and vice versa.

Late on Sunday night when the dust had settled and the Super matchup was set, many Pittsburgh fans took to social media to declare they were not going to watch a Super featuring the Patriots and Eagles. They weren’t going to force themselves to pick a side between two teams they despise.

This is not a hard debate. You can clamor all you want about in-state rivalries and hating to see Philadelphia succeed. The hard truth is, the alternative is so much worse. Watching Brady and the Patriots raise a sixth Lombardi Trophy is not something you should ever be able to stomach. They are the Empire from Star Wars brought to life on a football field. Their success turned an already arrogant fan base into one of the most completely insufferable groups of people in this vast country. Nothing Philadelphia does will compare, even if their fans have the tendency to act like uncaged wild animals at times.

“It’s Philly” is not an acceptable reason for an otherwise neutral person to root for the Patriots. Sorry!

So, in the time between now and Super Bowl Sunday think about all of this. Think about all the times Brady and the Patriots have personally hurt you or ripped your sports-loving heart out. Really think about how easy this decision really is. Do you want to hear the talking heads on ESPN and NFL Network spend the next eight months bloviating about the greatness of New England? I didn’t think so.